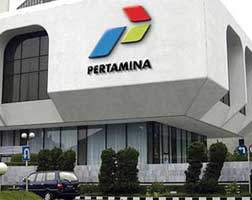 In December last year, Pertamina signed a joint-venture agreement with Saudi Aramco on upgrading the Cilacap refinery in East Java with a total investment of US$5.8 billion.

Meanwhile, Pertamina will team up with Rosneft to develop the new US$15 billion Tuban refinery, also in East Java, which is projected to produce 300,000 bopd once it comes online in 2024.

Pertamina, which owns 55% of both projects, was previously the sole off-taker of output by the Cilacap and Tuban refineries. This resulted in all debts from these projects being Pertamina’s alone, resulting in an increase in its debt burden.

“So, we are renegotiating the Cilacap and Tuban projects, with negotiations reaching 95% completion. We’re currently just waiting for the legal process before going to the next phase,” Pertamina finance director Arief Budiman said Wednesday.

The basic studies and FEED for the Tuban project alone will cost US$270 million.