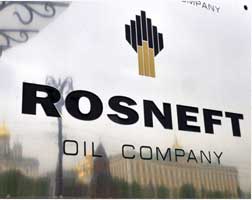 The Russian government has accidentally granted drillings rights to state-owned oil company Rosneft in a shelf area located in Japan’s exclusive economic zone due to a technical error.

According to a report by a major Russian news agency, the country’s Federal Subsoil Agency is urgently preparing a follow-up government order to correct the boundaries of the rights given to Rosneft.

The mistake applies to a Russian license for the use of subsurface in the Sea of Japan, which erroneously granted Rosneft the rights to 285 square miles of shelf area that actually belongs to Japan. Following the correction, Rosneft’s license will still apply to 11,225 square miles of subsoil.

The Russian government granted Rosneft permission to drill in the Central-Tatar area of the Sea of Japan in February 2016, in exchange for RUB190.8 million (about US$3.4 million). Rosneft says the deal had the approval of multiple state agencies, including the Russian Federal Security Service and the Defense Ministry.

Rosneft CEO Igor Sechin said in March 2016 that the shelf area’s total reserves were estimated to be 270 million tons of oil and 322 billion cubic meters of gas. The company said it planned to conduct a seismic exploration of the Central-Tatar section in the summer of 2017.In December 2016, the Russian company signed a cooperation agreement with a consortium of Japanese companies to explore, develop, and mine the area’s subsoil.