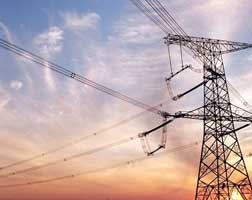 The International Renewable Energy Agency (IRENA) and the State Grid Corporation of China (SGCC), a state-owned electric utility monopoly of China and the largest utility company in the world, has agreed to enhance their cooperation in advancing energy transition through global and regional initiatives such as the Paris Agreement and the Belt and Road Initiative.

The agreement was formalized on the sidelines of the Eighth Clean Energy Ministerial in Beijing, China between IRENA Director-General Adnan Z. Amin and SGCC Chairman Shu Yinbiao.

China is at the forefront of renewable energy as the world’s largest renewable energy market, and it is State Grid that provides the electricity backbone for over 1 billion people, Amin said.

“Providing more electricity – and more renewable electricity – than any other utility in the world, State Grid’s extensive experience with grid infrastructure and integrating renewable energy into power systems will help improve understanding of how we can bring larger shares of renewable power online. We look forward to working together to accelerate the transition to a sustainable energy future both in China and around the world,” he added.

State Grid Chairman Shu Yinbiao said the State Grid, as the largest utility in the world, is dedicated to the interconnection of world power infrastructure to realize efficient, clean and sustainable development of global energy and contribute to the Belt and Road Initiative.

“Based on the consensus of advancing the energy transition towards a low-carbon and green energy future, State Grid will implement extensive win-win cooperation with IRENA in terms of power grid technology, equipment and international standards.”

SGCC constructs and operates power grids throughout China as its core business, providing power to over 1.1 billion people throughout China. The company also has overseas operations in Europe, Latin America and Australia.

IRENA is mandated to be the global hub for renewable energy cooperation and information exchange by 150 Members (149 States and the European Union). Thirty additional countries are in the accession process and actively engaged. IRENA promotes the widespread adoption and sustainable use of all forms of renewable energy, in the pursuit of sustainable development, energy access, energy security and low-carbon economic growth and prosperity.