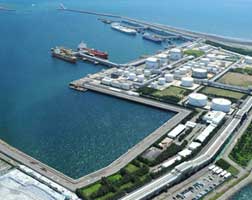 “The market sentiment has been quite good so far this year,” Chairman Chen Bao-lang was quoted as saying at the company’s annual shareholders’ meeting in Taipei.

The optimistic forecast came after Formosa Petrochemical reported revenue of NT$50.39 billion (US$1.67 billion) for last month, up 1.9% from a year earlier and 19.2% from a month earlier, according to a local daily newspaper.

From January through last month, revenue totaled NT$257.1 billion, up 18.72% from the same period last year, thanks to rising customer demand and higher oil prices. With the company operating at full capacity, it expects its gasoline and diesel sales to reach 5.96 billion liters and 10.33 billion liters respectively this year.

Asked if the political tension between Qatar and several Arab states would affect market sentiment, Chen said it is likely to have a limited impact on international oil prices, citing the country’s little contribution to global oil supply.

Qatar has a crude oil capacity of about 500,000 barrels per day, compared with the global total of 90 million barrels, Chen said.

However, he said that global oil refiners might face transportation problems after several Gulf nations set limits on oil tankers sailing to and from Qatar.

Crude oil prices are forecast to reach about US$55 per barrel this year, Formosa Petrochemical president Tsao Minh said at an earnings conference on Tuesday.

At the annual meeting, shareholders approved a company proposal to distribute cash dividends of NT$6 per share, the second-highest level in the 25-year-old company’s history, based on last year’s net profit of NT$75.76 billion, or NT$7.95 per share.

That translates into a dividend yield of 5.66%, based on Formosa Petrochemical’s closing price of NT$106 yesterday.

Formosa Petrochemical said improving customer demand worldwide and falling supply from its Asian competitors due to cracker maintenance were the reasons for the strong earnings performance.