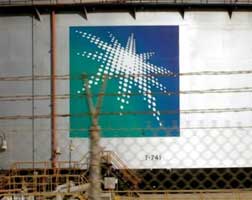 After the extension of the production cut deal between OPEC and non-OPEC members this month, the pricing for Saudi Arabia’s July crude sales to Asia, the US and Northwest Europe has increased as the world’s largest oil exporter tries to take advantage of increased demand.

State-owned Saudi Arabian Oil Co. (Saudi Aramco) increased official pricing for Arab Light crude to Asia by 60 cents, to 25 cents a barrel less than the regional benchmark, it said in a statement. The company had been expected to increase the grade’s pricing by 30 cents a barrel for buyers in its largest market, according to the median estimate in a Bloomberg survey of five refiners and traders.

Aramco boosted pricing due to higher demand and better profits for refiners in the region, according to a person with knowledge of the situation.

The Organization of Petroleum Exporting Countries (OPEC) and partners including Russia agreed on May 25 to extend production cuts for another nine months to reduce global inventories. Saudi Arabia’s Energy Minister Khalid Al Falih said the cuts, initially meant to last through June, are working and predicted global inventories will fall to the five-year average in early 2018. But American drillers continue to add rigs to shale fields. Brent crude prices have dropped 12% this year.

“This is an indication that the Saudis see market conditions improving across the board,” said Robin Mills, head of Dubai-based consultancy Qamar Energy. “Demand is generally weaker in the first-quarter and picks up in summer.”

Saudi Aramco had cut Arab Light pricing to Asia for the past three months as the kingdom fought to defend sales. It had ceded market share to OPEC rivals Iran and Iraq by making deeper cuts in output than it promised under the group’s agreement to curb production.

Middle Eastern producers also compete with cargoes from Latin America, North Africa and Russia for buyers in Asia. Producers in the Persian Gulf region sell mostly under long-term contracts to refiners and most of the Gulf’s state oil companies price their crude at a premium or discount to a benchmark. For Asia the benchmark is the average of Oman and Dubai oil grades.

US pricing by Aramco has increased for three consecutive months, according to data compiled by Bloomberg.

Saudi Arabia plans to “markedly” reduce exports to the U.S. in the next few weeks in an effort to reduce crude inventories in the world’s biggest consumer.

“Exports to the US will drop measurably,” Al Falih told reporters in Vienna after the Opec agreement on May 25.