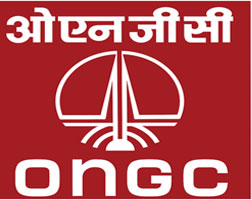 It will pay a premium of about 14 % on HPCL’s current market price for the 51.1 % stake, the company said in a statement to the stock exchange. It expects to complete the transaction by end-January.

The deal is part of the government’s objective to combine various public sector enterprises “to give them the capacity to bear higher risks” and create more value for shareholders, ONGC said.

Purchasing a stake in India’s third biggest state-owned refiner would also help ONGC to diversify its cash flow and reduce its vulnerability to changing global crude prices, it added.

India’s finance minister Arun Jaitley said in February that the country plans to form a national oil major by combining other state-owned firms. India also wants to expand in global oil markets to meet its growing domestic demand for fuel.

India has about a dozen state-owned oil and gas companies, with significant overlaps in operations. Alone they do not have the financial clout to rival global oil majors in bids for overseas exploration and production assets.

India is the world’s third biggest oil consumer, importing about 80 % of its crude needs. Prime Minister Narendra Modi has set a target to reduce dependence on oil imports by 10 % by 2020.

ONGC will pay 473.97 rupees per share for HPCL. The closing price for the shares on Friday was 416.2 rupees.

The proceeds from the HPCL stake sale will also help the federal government pay for welfare programs. Asia’s third-largest economy has said it aims to raise 725 billion rupees through the sale of government stakes in various companies.