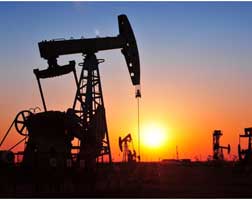 Kuwait’s more immediate plans are to raise its capacity to 4 million bpd by 2020 and keep that capacity until 2030, when it would seek to start raising it to 4.75 million bpd by 2040, Kuwait Petroleum International’s CEO Bakheet al-Rashidi said.

“This is one of the targets, and it is not approved yet, but we will definitely go beyond 4 million barrels a day starting from 2030,” al-Rashidi said in an interview.

Kuwait Petroleum International (KPI) wants to add or expand refining capacity outside Kuwait and is looking at the growing markets of China, India, Vietnam, the Philippines, and Indonesia.

“We see growth in these countries, so we will be there,” al-Rashidi said.

KPI also plans to have the capacity to refine 800,000 bpd of crude oil outside Kuwait within five years, and to further raise that capacity to 1.3 million bpd after 2030, with Kuwaiti crude supplying at least 65 percent of the company’s new refineries abroad, according to the manager.

KPI has a 200,000-bpd plant under construction in Vietnam and has a preliminary agreement with PetroVietnam to expand the capacity to 400,000 bpd after 2025, al-Rashidi said.

According to the Kuwaiti manager, global refining capacity would jump to 110 million bpd by 2040 from 97 million bpd now, which could narrow the refining industry’s profit margins after 2024 due to possible excess capacity.

According to OPEC data, Kuwait’s total crude oil production averaged 2.954 million bpd in 2016. This year, under the OPEC oil output cut agreement, Kuwait has pledged to cut 131,000 bpd off its October 2016 output, and pump no more than 2.707 million bpd. It has largely complied with its commitment so far.