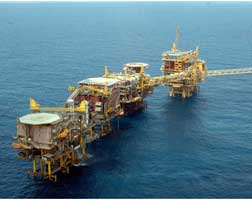 “One offer has come from ADNOC of UAE,” he said, without offering any details about the field in question. “They are offering some stake in a field. It is a producing oil field. We are now doing some due diligence now whether it is worth investing or not.”

Bharat Petroleum Corporation Limited (BPCL), ONGC Videsh Ltd. (OVL), OIL and other Indian oil majors will be part of the consortium that will own the stake in the field, Bora said. OIL has a capital expenditures budget of just under US$625 million for the 2017-2018 fiscal year. The budget includes developmental drilling and exploratory drilling projects, as well as infrastructure development, Bora added.

Currently, most of OIL’s oil and gas blocks are outdated, producing a combined total of roughly 3.35 million tons of oil a year. The company holds stakes in two Russian fields and one American one.