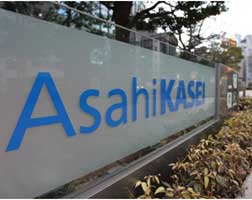 The company aims to take its first order for industrial hydrogen in Germany this fiscal year following successful mass production at its Yokohama testing plant, where operations have topped 9,500 hours since the facility came online in 2015.

The production process splits water into hydrogen and oxygen using electricity generated without emitting carbon dioxide, hence the “green” in the name.

Asahi Kasei applied its technology for separators, a main component in lithium-ion batteries, to the hydrogen plant, which the company says has a world-class 90% efficiency. The equipment can produce 2,000 cubic meters of hydrogen per hour with 10 megawatts (MW) of electricity, excluding factors such as temperature and pressure changes. A day’s operation would generate 48 years’ worth of power for a fuel-cell car.

Germany plans to shut down all of its nuclear power plants by 2022, replacing them with renewable energy sources such as wind. But in some cases, electricity generated from renewables goes to waste due to an oversupply in the grid.

Asahi Kasei eyes using this excess power to make hydrogen, which the company plans to supply to oil refineries and other plants.

Germany plans to install 1,000 MW of power-to-gas capacity by 2022, and Asahi Kasei plans to take advantage of this. Although Asahi Kasei is behind Siemens in the commercialization of hydrogen production systems, the Japanese company plans 10MW worth of capacity, one of the world’s biggest amounts.