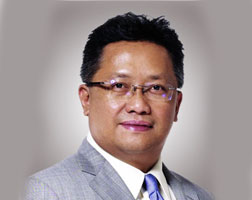 Malaysia is confident that Thailand’s intention to impose tax on natural gas produced by Petronas at the border of the Joint Development Area (JDA) fields in the Gulf of Thailand can be resolved.

Minister in the Prime Minister’s Department Datuk Abdul Rahman Dahlan said the natural gas produced by Petronas outside the JDA should not be taxed as it was not being used in Thailand even though it was sent for processing in Songkla before being transported to Bukit KayuHitam.

He said the natural gas produced was only ‘on transit’ in Songkla as it was channelled through the same pipeline, and 100 % of it was sent to Malaysia.

“I can see a solution (to the issue). Insyallah, in terms of definition and there is a strong possibility that the Thai government will give tax exemption,” he said.

Abdul Rahman, who met Thai Energy Minister Gen Anantaporn Kanjanarat on the sidelines of 7th Asian Ministerial Energy Roundtable (AMER7) here earlier, said the natural gas produced by Petronas could not be considered a taxable item and Anantaporn would brief the Thai Cabinet on the results of the discussion.

The natural gas produced in the JDA is not taxable, but the issue cropped up when Petronas explored gas fields at the border of the JDA, Abdul Rahman said, adding that the issue was earlier discussed between oil companies from both countries, but when it remained unresolved it was brought to the ministerial level.