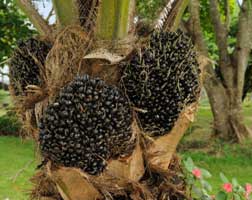 Malaysian Ministry of Primary Industries announces its interest in building biojet fuel refineries in the country.

Minister Teresa Kok said that in order to balance internal demand for fuels, a biojet fuel refineries would help in giving consumers an option while increasing the consumption of locally produced biofuels.

“At least, if the aviation industry were to use biofuels for their aircraft, we know there is demand for them in the country.

“Hence, we don’t have to rely too much from exports of our palm oil, especially to some European Union (EU) countries,” she said

Kok is optimistic that universities, experts and researchers alike will continue to strengthen the research and development in exploring the viability of the industry. She also hopes that further collaboration of stakeholders with government agencies such as Malaysian Palm Council (MPOC) would ensue to make the huge investment in the biojet fuel worthwhile.

During the Palm Oil Student Ambassador Programme at SEGi University, Minister Kok also encourages the college students to disseminate right information and correct misleading perception regarding the EU anti-palm campaign. It is in response to European Union’s campaign to boycott palm oil due to environmental degradation and deforestation for large scale plantations.  The anti-palm campaign is expected to hurt the Malaysian economy since palm oil industry contributes 5%-7% of the country’s GDP.

She said that creative projects such as arts and cooking classes or competitions, as well as by visiting oil palm plantations to gain better understanding of the industry, will help the students to be aware and to understand the real situation regarding the palm oil industry in the country. Thus, arming them with knowledge to refract negative connotation about the commodity.

“That is why we need as much support and collaboration as possible to continue promoting our sustainable palm oil to the world, be it at the malls, airports, through in-flight services and so on,” she added.

Meanwhile, Malaysia is expecting that the aviation industry would adopt 10% usage of biofuels by 2021