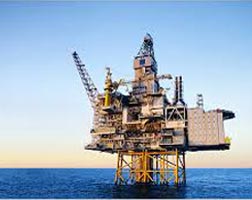 The oil and gas (O&G) sector is projected to account for 22% of Government revenue this year.

This is due to the diversification of the economy over the last few years that has resulted in lesser dependence on the mining sector and lower oil prices.

Bank Negara governor Tan Sri Dr Zeti Akhtar Aziz dispelled the perception that the huge drop in oil prices had drastically impacted the economy, when in reality, the economy was diversified.

“The diversification is very important and it needs to be taken into account. This is the wrong perception, and maybe part of it caused the ringgit to depreciate because of wrong assessments of the significance of O&G in our economic structure, our employment and our exports,” she told the media after announcing the fourth-quarter gross domestic product (GDP) numbers yesterday.

The decline in oil prices by more than 50% since its peak last June has squeezed Government revenue and prompted a review of spending plans under Budget 2015. Revenues and expenditure by the Government were cut as a result of the weak O&G prices, with the projected fiscal deficit creeping up to 3.2% from a previous planned 3% for this year. The fiscal target for 2014 was 3.5%.

Apart from having an impact on Government revenue, the decline in crude oil prices has also seen the ringgit weaken against the US dollar.

Bank Negara pointed out that between Sept 1 last year and Feb 10, the ringgit was down 11.9% against the US dollar, but so have the currencies of its major trading partners.

The depreciation of the ringgit against the US dollar came as Malaysia saw some US$18.6bil in capital outflows between Sept 1 last year and Feb 10.

However, Zeti said that there had been instances in the past that had seen larger outflows of the ringgit, namely, the global financial crisis between March 2008 and March 2009, and the Taper Tantrum between May 22 and Aug 28, 2013.

On the possibility of the ringgit being rigged, Zeti said the central bank was vigilant against disruptive activity that might disrupt activity in the foreign exchange (forex) market, as external prices were important to the country.

“If there are any activities that border on action that results in the disruption of the market, we will follow up,” she said, responding to a question on whether there was manipulation of the ringgit in the forex market.

The total turnover of the US dollar/ringgit onshore currency market last year was US$2.05 trillion, and the daily turnover averaged US$8.3bil, dispelling allegations that anyone with US$1bil could dramatically influence the trading of the ringgit.

The total turnover of all currencies traded onshore was valued at US$2.89 trillion and the daily trading volume was US$11.8bil.