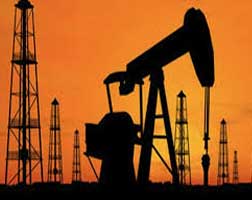 Crude prices posted 46% annual loss in 2014; the biggest yearly fall since 2008. Such was the ferocity of the crash that last year’s three worst-performing stocks in the S&P 500 index were all energy companies — Transocean Ltd, Denbury Resources Inc. and Noble Corp, which were down approximately 63%, 52% and 49%, respectively. The broad-based S&P 500 index gained 11.5% over the same period.

Still in stormy waters, many analysts believe that the commodity will fall further before mounting a real recovery. From about US$105 per barrel last July to around US$55 now — sinking in between to a 6-year low of under US$44 recently — the plummeting value of oil represents a decline of roughly 50% over nine months.

What’s more, in the absence of major production cuts from OPEC, the effects of booming shale supplies in North America and a stagnant European economy, not much upside is expected in the commodity’s prices in the near term. Moreover, a stronger dollar has made the greenback-priced crude more expensive for investors holding foreign currency. The Iranian nuclear framework agreement, which has the potential to release more oil in the already oversupplied market, has put the final nail in the coffin.

With crude inventories at the highest level during this time of the year in 80 years at least, the commodity is very well stocked. On top of that, OPEC members (like Saudi Arabia) have made it clear time and again that they are more intent on preserving market share rather than attempting to arrest the price decline through production cuts. Therefore, the commodity is likely to maintain its low trajectory throughout 2015.

In the medium-to-long term, while global oil demand is expected to get a boost from sustained strength in China — which continue to expand at a healthy rate despite some moderation — this will be more than offset by sluggish growth prospects exhibited by Japan and the Western economies.

In our view, crude prices in the next few months are likely to exhibit a sideways-to-bearish trend, mostly trading in the US$50-US$60 per barrel range. As North American supply remains strong and demand looks underwhelming, we are likely to experience a pressure in the price of a barrel of oil.

Over the last few years, a quiet revolution has been reshaping the energy business in the U.S. The success of ‘shale gas’ — natural gas trapped within dense sedimentary rock formations or shale formations — has transformed domestic energy supply, with a potentially inexpensive and abundant new source of fuel for the world’s largest energy consumer.

With the advent of hydraulic fracturing (or “fracking”) — a method used to extract natural gas by blasting underground rock formations with a mixture of water, sand and chemicals — shale gas production is now booming in the U.S. Coupled with sophisticated horizontal drilling equipment that can drill and extract gas from shale formations, the new technology is being hailed as a breakthrough in U.S. energy supplies, playing a key role in boosting domestic natural gas reserves. As a result, once faced with a looming deficit, natural gas is now available in abundance.