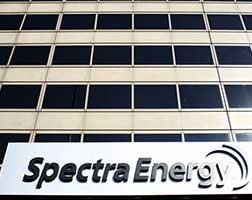 CALGARY – Pipeline company Spectra Energy Corp SE.N is cutting 170 jobs as it consolidates positions at its Calgary and Vancouver offices in western Canada, the company said on Wednesday.

Gary Weilinger, vice-president of external affairs, said abut 85 contractors and 85 employees would be let go. There will be no cuts in field positions.

In total, Spectra has around 1,200 employees in western Canada. The pipeline and midstream company focuses on gathering, processing and transporting natural gas and liquids across North America.

Weilinger said the job cuts were not related to weak global oil prices, which more than halved between June 2014 and January this year, and pipeline volumes remained strong.

“We have got a number of office and support functions around western Canada that operate parallel to others and we are consolidating some of those functions,” he said.

Some of the affected employees will leave Spectra on Wednesday. Others will leave by the end of the year, and a third group will be offered relocation packages to Spectra offices elsewhere, Weilinger said. – Reuters