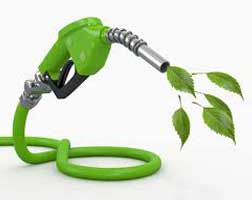 The European Parliament gave its final approval on Tuesday (28 April) to a law limiting the use of crop-based biofuel in the transport sector.

The official endorsement came after more than seven years of political bickering and lengthy negotiations between MEPs and EU member states on the controversial law.

Biofuels can contribute to reducing global warming emissions in the transport sector but it emerged some did more harm than good to the environment, according to the European Commission, which tabled the proposal.

“We succeeded in getting a very technical, technological and ideological file to go ahead,” said Nils Torvalds MEP, a lawmaker from Finland who steered the legislation through Parliament for the Alliance of Liberals and Democrats for Europe (ALDE) political group.

The new law will limit to 7% the use of harmful biofuels which compete with crops grown on agricultural land, while allowing member states to set lower national limits.

“With this limit, Europe will prevent emissions of up to 320 million tonnes of CO2, which would otherwise have been caused by extra bad biofuels needed to meet the 10% target. The emissions avoided equal to Poland’s total carbon emissions in 2012,” said Pietro Caloprisco, senior policy officer at Transport & Environment (T&E), a pressure group.

The final version of the text also sets an indicative 0.5% target for so-called second generation biofuels, whose contribution would count double towards the 10% renewable energy target for transport.

Raffaello Garofalo, the Secretary General of European Biodiesel Board, said the industry welcomed the newly adopted legislation, and it will continue to “improve the sustainability biodiesel, in order to fully contribute to the decarbonisation of fuels in the EU in the next decade”.

Fuel suppliers and the European Commission will regularly report on emissions deriving from indirect land use change (ILUC). But lawmakers failed to have these emissions included in the carbon accounting, a method used for calculating greenhouse gas emissions and identify the most polluting biofuels.

This means that the most damaging biofuels will still be allowed to count towards renewable targets. It will also slow the move to advanced biofuels that derive from biomass other than food crops.

“Maybe this is not the end of bad biofuels now. But this surely is the beginning of the end for pouring food in our tanks. The message is clear: land-based biofuels have no future in Europe, at least after 2020,” said Caloprisco.

“We had much higher goals. Both in terms of greenhouse gas emissions reductions, and technological progress. If Europe doesn’t move forward, it will be left behind,” Torvalds MEP added.

NGOs call for a fundamental reform

Following the vote, nine green organisations, including BirdLife, Greenpeace, WWF, and Oxfam, called on the legislators to continue with ambitious reforms.

“Today’s vote sends an important signal: first generation biofuels are not needed in the future of our transport policy. But plenty more remains to be done: despite today’s landmark decision, severe negative impacts of certain kinds of bioenergy use remain unsolved,” siad Faustine Defossez, Senior Policy Officer for Agriculture and Bioenergy at the European Environmental Bureau.

NGOs claim that only a sustainable use and production of bioenergy will contribute to mitigating climate change as part of the future renewable energy mix. According to the environmental campaigners, any future EU policies should take this in consideration and recognize limitations in the amount of land, forest and other sources of biomass, on how much bioenergy can be produced sustainably.

“We must avoid repeating the mistake made with first generation biofuels. The EU must limit the use of all bioenergy to what can be produced sustainably, in order to guarantee a balance between our needs for food, materials and energy and the need to preserve the health of our ecosystems,” said Sini Eräjää, EU Bioenergy Policy Officer for BirdLife Europe and European Environmental Bureau.

“Today’s vote is an important staging point in the process to develop a stable, consistent and forward looking policy that promotes the best performing biofuels, such as conventional and advanced European ethanol, as part of the EU’s 2030 climate and energy policy. With its low ILUC and high GHG savings, European ethanol will be an essential part of the future transport fuel mix.”

“The European Parliament’s decision to lessen the damage caused by Europe’s biofuels policy to both poor communities and the environment is welcome, but does not go far enough. Europe must now ban fuels competing with food production completely. This reform has been undermined for five years by powerful vested interests within the biofuels industry, who have worked ceaselessly to weaken it by putting their own profits above the environment and people’s ability to feed themselves.”

“Today’s vote carries important lessons for the Junker Commission. The EU’s climate and energy policy after 2020 must not allow binding targets for transport. New policies on the use of all bioenergy that truly benefits people and planet are needed. This should include concrete measures to cap bioenergy use at sustainable levels, and strong legislation protecting the rights of local communities to access their own land.”

“It has been a very tough negotiation with member states, which were highly influenced by lobbies. However, we have managed to introduce waste hierarchy as an element to take into account when we look into the next generation of biofuels. In addition, we have managed to make sure that indigenous land rights are taken into consideration, as requested by the S&D Group, and we ensured that there will be a review in five years. We have to move towards advanced biofuels with the proper regulation both for the environment and for the stability of investments and jobs.” – Euractive