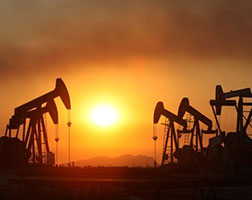 The oil price rebounded by more than US$2 towards US$62 a barrel today following reports of fierce fighting between Libyan rivals around oil terminals. Stronger equity markets and improved demand also helped Brent futures to recover from their biggest one-day loss in a month.

On Monday, Brent crude fell by almost 5 % due to ongoing concerns among traders about the growing global oil glut, but the market rebounded today due to concerns over the future of Libya’s oil capacity.

Libyan forces were involved in “tit-for-tat air strikes” on oil terminals and an airport this morning, prompting fears about the Opec member’s ability to keep up the supply of oil. The news had an immediate effect on the market, pushing the price of Brent up past US$60.

Oilfields are “increasingly a target” for rival forces in Libya attempting to fill the power vacuum left after the ousting of Muammar Gaddafi in 2011. Forces claiming allegiance to Islamic State have also begun targeting oilfields and pipelines, Reuters said.

The rising price was also fuelled by a resurgent yen which, in knocking the US dollar off an 11-year high, helped to make commodities priced on the US dollar –including oil – more appealing to holders of other currencies, CNBC reports.

A drop in the number of operating US rigs has also been boosting oil prices, and some analysts believe that the low oil prices could now be beginning to stimulate the market. “The low prices have helped demand, and that has supported the crude oil market,” said Olivier Jakob of PetroMatrix.

However, according to ABN AMRO senior energy economist Hans van Cleef, the global oil glut will continue to keep prices low. “Oversupply is still an issue,” van Cleef said, “and this caps the upside potential of oil prices in this supply-driven market”.