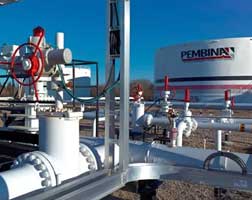 Calgary-headquartered Pembina Pipeline and Kuwait’s Petrochemical Industries Company planned for the construction of a US$4.5 billion propane dehydrogenation and polypropylene facility in Alberta, Canada.

Upon completion of front-end engineering and design (FEED), the facility is expected to produce 550,000 mt/year of polypropylene while consuming 23,000 b/d of propane from Pembina’s Redwater fractionation complex in Alberta and from other facilities in the region.

After environmental and regulatory requirements are approved, the facility is scheduled to start up by mid-2023