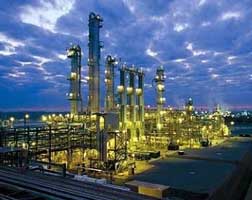 Thai petrochemical giant PTT Global Chemical and Japanese Marubeni Corp are considering building a cracker in Belmont, Ohio, in northeast US, to take advantage of the ethane being produced using natural gas in the Marcellus and Utica shale deposit areas, according to a statement released by the Governor of Ohio. The site would include an ethane cracker to produce ethylene feedstocks and resins like PE. The engineering design and permitting is expected to take 12-16 months to complete, with the companies to make a formal investment decision in 2016, and construction scheduled to take place in 2017 if the decision to build the unit is made.

With the advent of shale gas, the northeast US has become a source of ethane and other natural gas liquids (NGLs) for petrochemical plants. The PTT/Marubeni project is one of at least four other crackers under consideration for the Marcellus region.

Shell was the first to announce a possible cracker in the northeast, in Pennsylvania, near Pittsburgh in 2012. The cracker could produce 1.5 million tonnes/year and Shell is also considering building three PE units with a combined capacity of 1.6 million tonnes/year, with expected start up in 2018. The company says it will make an investment decision after Linde completes a front-end engineering and design study this year.

In addition, Brazilian construction firm Odebrecht and petrochemicals producer Braskem are also considering building the ASCENT (Appalachian Shale Cracker Enterprise) project in West Virginia, and operations may start after 2020. However, recent reports say Braskem is reconsidering the project due to the downward trend of oil prices globally against the prices for natural gas feedstock.

Other smaller cracker projects that are under consideration are by Aither Chemical in West Virginia and by Appalachian Resins in Ohio.