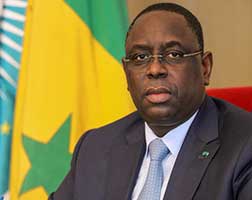 West African neighbours Senegal and Mauritania have signed an agreement pledging to cooperate and split production from a giant new cross-border gas field being developed by Kosmos Energy and BP.

The Greater Tortue Complex, which straddles the two countries’ maritime boundary, is estimated to hold more than 25 trillion cubic feet of gas. It is due to come online in 2021 with production to be exported via a liquefied natural gas (LNG) facility.

Senegal’s President Macky Sall signed the inter-governmental cooperation accord with his counterpart Mohamed Ould Abdel Aziz during a state visit to Mauritania.

“We’re doing something important here by pledging that our two states will work in a responsible way and agree to share the resource 50-50,” Sall told reporters just before his departure.

Energy companies are pushing further and further west from the waters off established African producers such as Angola, Nigeria and Gabon.

However, in a region where maritime boundaries are often poorly established, the move into new, untapped territory carries the risk of inflaming tensions between neighbours.

An international tribunal ruled last year in favour of Ghana in a border dispute with Ivory Coast that had blocked development of Ghana’s multi-billion dollar TEN deepwater project.

“We’ve signed this accord, without which our resources in the seas would not be exploited. If the two countries are not in agreement, no company can find any bank financing,” Sall said. (Reporting by Kissima Diagana; Writing by Joe Bavier; Editing by Mark Potter)