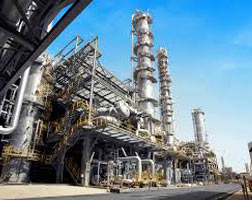 Domestic gas consumption hit a record high in March, rising by 9.6% year-on-year (y-o-y), averaging 144.8m cu metres per day. Demand was led predominantly by the power sector, which accounts for about two-thirds of all gas used. Despite production rising in March, first quarter output fell 6.9% y-o-y, with the widening gap between supply and demand met by imports, primarily from neighbouring Myanmar.

The growing demand on Thailand’s energy reserves is prompting domestic petrochemicals producers to turn to imports to meet their feedstock needs. In mid-March, PTT Global Chemical – the petrochemical division of state-owned energy corporation PTT – announced plans to import oil feedstock due to a possible fall in local gas supplies.

Reserves of natural gas in the Gulf of Thailand − the present source of the company’s feedstock − could be depleted over the next seven to eight years, according to PTT Global Chemical CEO, Supattanapong Punmeechaow. “We have to consider several options, including using raw material from our refinery, importing more feedstock and shale gas,” he told Reuters earlier in the year.

PTT Global Chemical, which is Thailand’s largest integrated petrochemicals and refining company, is also taking another route to secure access to feedstock and be closer to major markets, with plans to develop a large-scale petrochemicals plant in the US in partnership with Japan’s Marubeni Corporation. One proposed site for the ethane cracker is in Belmont County, Ohio according to Governor John R Kasich, which would utilise local shale gas reserves to produce ethylene. The plant, which would have a 1m tonne production capacity, has been budgeted at $5.7bn and will come on-line in 2020 if the project goes ahead, according to a company update in May.

The recent fall in international energy prices has benefited many Thai downstream firms and the petrochemicals industry. With the cost of crude down by more than 50% from the peak of 2008 and well off the US$90-US$120 price range of mid-2014, input costs for processors have also dropped, according to Atikom Terbsiri, the CEO and president of refiner, distributor and petrochemicals producer Thai Oil. “The recent global drop in oil prices has had a positive net effect on the downstream petrochemicals sector, as 60-70% of the cost of production is related to the price of crude oil,” Atikom told OBG.

Moves to shore up extraction capacity

Concerns over the continuity of domestic energy supplies and the developing of new reserves could be eased in the second half of the year, with the government promising to call bids for a new round of gas and oil exploration concessions. The Ministry of Energy had called off an earlier bidding process in late February after no offers were tabled for the onshore and offshore blocks, mainly due to uncertainty over the operation and royalty terms.

There have also been calls for the authorities to fast track a decision on ways to manage natural gas concessions in light of the expiry of four concessions in the Gulf of Thailand in 2022 and 2023, covering seven fields in total. The two largest concessions, the Erawan and Bongkot gas fields, account for more than three quarters of the natural gas supply from the gulf according to officials.

However, there are concerns that if plans are not made to expand or reallocate concessions by 2017, the firms operating the fields will be reluctant to make new investments to maintain or increase production, further reducing domestic gas supplies.

In other areas, the petrochemicals sector may benefit from a proposed shift in state policy on the fuel mix for power generation. In May, Thailand’s National Energy Policy Committee recommended that the utilities sector reduce its reliance on gas to fire power stations, lowering the proportion of electricity generated by gas-fired plants from the current level of about 65% to 40% − or less − by 2035, with alternative and renewable energy sources being favoured. This measure would not only be environmentally supportive, it would also free up more gas for use by industry and the petrochemicals sector.

By bringing new reserves on line, freeing up additional existing production capacity for industry and allaying concerns of existing upstream operators, Thailand will be able to reverse its growing reliance on imported feedstock and encourage further investment to flow to downstream industries. – Oxford Business Group