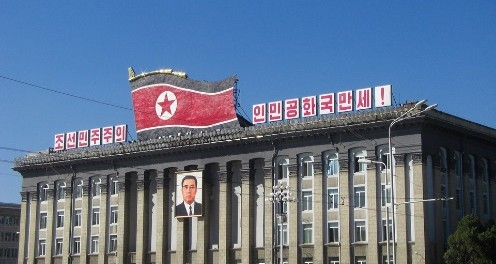 North Korea is exploring tidal power and coal-based synthetic fuels as an alternative energy sources to improve lives of its citizens and cut down its reliance on oil imports.

By using huge sea barriers with electricity-generating turbines to harness the power of the ocean’s tides and developing technology to “gasify” coal into substitute motor fuels, the power-strapped nation is determined to radically increase the production of electricity, North Korean leader Kim Jong Un said in his New Year’s address last month.

A former Labour Party member of the European Parliament, Glyn Ford said, “The bulk of the Korean Peninsula’s west coast is a rich tidal power resource”.

“There are some detailed studies of the potential of these energy sources in South Korea and the same resources are there to be exploited north of the Demilitarized Zone,” he added.

Currently, North Korea heavily relies on hydropower and coal as a main source of energy. Almost all of its oil and petroleum products are imported from China. But since North Korea is known to be abundant in coal, it is used to supply their thermal power plant. The output from just one gasifier unit reportedly destined for the North Sunchon Chemical Plant, north of Pyongyang, could yield synthetic fuel amounting to about 10% of the North’s recent petroleum supply. With China’s policy to reduce its coal imports to North Korea, the socialist nation can yield more coals for self-generating gasification. However, coal is not generally a good oil-product substitute because converting coal to liquid form is expensive and inefficient. The process was last used on a large scale during World War II.

Nautilus Institute’s Senior Associate, Dr David von Hippel, and Executive Director Peter Hayes said in a study: “The project appears to provide a significant benefit to the DPRK, in terms of supplying fuels to compensate for petroleum product imports that run afoul of United Nations Security Council sanctions passed in the last two years, although the project will not completely replace all lost imports on its own”.

Before, Kim Jong Un’s father, the late Kim Jong Il, tried to gather international support for the nuclear power development in 1990s before opting for nuclear weapons. But the move brought some of the most heavy sanctions pressed by the United Nations against the North, worsening its energy situation. It is then hoped that the latest energy efforts will stabilize energy supply in the country.