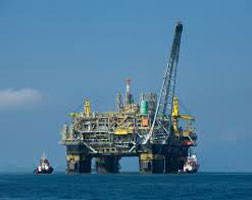 U.S. drillers cut the number of rigs by just one this week, data showed on Friday, signaling that higher crude prices may be starting to steady the sector after 24 straight weeks of drill rig declines.

The number of rigs drilling for oil fell by one to 659, oil services firm Baker Hughes Inc said in its closely watched report. It was the smallest drop since December. The number of rigs had fallen by eight the previous week and by 11 the week before that.

With the oil rig decline this week, the number of active rigs has fallen to the lowest since August 2010, according to Baker Hughes data going back to 1987.

The U.S. rig count will be a factor that the Organization of the Petroleum Exporting Countries looks at when it meets in Vienna on June 5. OPEC has kept production high in a bid to maintain market share. The group’s largest producer, Saudi Arabia, boosted production to a record high of 10.3 million barrels per day in April.

Analysts expect OPEC to maintain production levels. Goldman Sachs said a rise in U.S. oil production could send prices spiraling back down to US$45 a barrel later this year.

U.S. producers responded to the slide by slashing spending, eliminating thousands of jobs and idling more than half of the country’s rigs. Still, efficiency gains and completion of previously drilled wells have kept U.S. oil production steady at near 9.4 million barrels per day since early March, its highest level since the early 1970s, according to government data.

The number of U.S. oil rigs peaked at 1,609 in October. Goldman forecast the crude market will remain oversupplied through 2016 with U.S. producers set to increase drilling again and Saudi Arabia, Iraq and Russia on track to grow production sharply. – Reuters