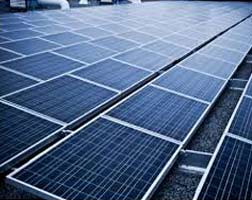 Kerry Adler has high hopes for the future: he is planning a series of solar deals amounting to US$12 billion in total through his company SkyPower Ltd.

If successful, it will see a series of solar farms in North America, Asia and Africa come to fruition.

To date, SkyPower has completed 23 projects totaling 300 megawatts, ranking it just 34th among solar developers worldwide, according to Bloomberg New Energy Finance. But if Adler is successful in fulfilling all of his signed contracts, he will have more renewable power capacity than any operator currently has.

SkyPower aims to “kickstart this market in the hope of bringing power to people that really deserve it,” Adler, 50, said by phone from Kenya as he wrapped up his second major deal this year.

That was a US$2.2 billion pact for 1 gigawatt of solar — about the capacity of a typical nuclear reactor, and massive for renewables — that will take years to build. SkyPower has also begun a joint venture in Mexico, and within two months expects two more deals in the Middle East and Africa, each about as big as the Kenya contract.

SkyPower has projects with a total capacity of about 25 gigawatts in the works, and Adler says he can build 7 gigawatts within five years. Even that would make it far larger than the biggest developers of commissioned solar projects: China’s Huanghe Hydropower Development Co Ltd., which has 2 gigawatts, and Arizona-based First Solar Inc., with 1.2 gigawatts, according to Bloomberg data. In terms of projects in the pipeline, only Missouri-based SunEdison Inc. is bigger, with deals representing 53 gigawatts on the table.

“The next question is what is your probability rating — how likely is it that those projects will get built,” said Michael Morosi, a solar-industry analyst at Avondale Partners LLC in Nashville, Tennessee. He called SkyPower’s ambitions “a stretch goal.”

Adler founded SkyPower in 2003 after a stint as chairman of outsourcing firm Sitel Canada. Lehman bought a majority stake in SkyPower in 2007. Lehman’s collapse the following year choked off credit to SkyPower, which itself sought protection from creditors in 2009.

An affidavit Adler filed to an Ontario court said SkyPower was in “dire financial straits,” with C$214 million in debt (US$165 million). The SkyPower name and fledgling solar business were sold a few months later to a new majority shareholder, CIM Group, a Los Angeles private equity fund with US$20 billion of assets in real estate and infrastructure. Adler was kept on as CEO, and he retains a stake in the business. He declined to reveal his ownership share or provide revenue or profits for the closely held company.

With the backing of CIM, SkyPower sold stakes in 16 projects totaling 200 megawatts to panel maker Canadian Solar Inc. for C$185 million. Then it started bidding for bigger deals, and in May 2014 Adler won a US$5 billion contract to provide 3 gigawatts of solar to Nigeria.

Since then, Adler has wrapped up Kenya and other contracts with a total potential value of US$7.2 billion. In Egypt, he has promised to build 3 gigawatts, and in India SkyPower has deals to provide 350 megawatts.

SkyPower offered “a very good rate, and we are hopeful that they will fulfil the contract,” said Manu Srivastava, commissioner for clean energy in Madhya Pradesh, one of two Indian states where Adler has deals.

Despite Adler’s success in getting contracts, it’s unclear whether he’ll secure financing, said Jenny Chase, solar analyst at Bloomberg New Energy Finance. Many such agreements have scant repercussions for companies that fail to get financial backing and build the promised installations, she said.

“Developers go around signing deals with countries and anyone else who might buy power from them,” Chase said. “A lot of those deals won’t come off.”

SkyPower says it has worked with “leading bankers to the renewable industry,” though Adler declined to name them. He wouldn’t say whether there are any penalties in his contracts, but he insists SkyPower can line up the financial backing it needs.

“We wouldn’t spend the time, money and effort pursuing a market,” Adler said, “if we did not believe that we have the capability to finance the project.”