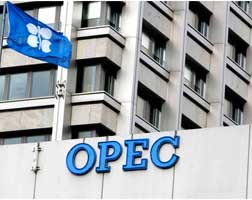 “Venezuela assumes the rotating presidency of OPEC in 2018,” Quevedo, who is also president of the state oil company PDVSA, posted on Twitter.

Quevedo made the announcement from Oman, where OPEC is holding a ministerial meeting to monitor oil-producing countries’ compliance with an agreement to cap output to shore up prices.

According to the PDVSA, the meeting “aims to unite efforts to speed up the stabilization of the global oil market,” which saw crude prices plummet in 2014. They have since climbed back up to about US$63 a barrel.

The monitoring committee is comprised of OPEC members Algeria, Kuwait and Venezuela and non-OPEC oil producers Russia and Oman.