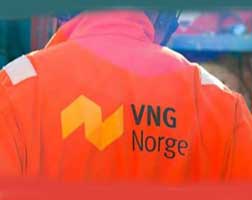 German gas supplier VNG is in talks to sell a majority stake in its Norwegian Norge oil and gas business, which could fetch up to US$500 million, three banking sources said.

It has become the latest European utility company looking to exit offshore assets on the Norwegian continental shelf, which requires heavy investment to develop.

VNG has hired U.S. investment bank Citi to sell a 51 % stake in its Norwegian and Danish portfolio. That would include VNG’s interest in the Fenja development – the largest recent North Sea oil discovery, whose estimated total development cost has been put at US$1.4 billion, the sources said.

VNG is majority-owned by German utility EnBW, which has a 74.2 % stake.

VNG Norge did not respond to a request for comment. Point Resources and DEA were not immediately available and Citi declined to comment.

Other European utility companies that have divested offshore Norwegian assets recently include France’s Engie, which sold its UK and Norwegian North Sea fields, and British utility Centrica, which combined its North Sea business with Bayerngas Norge, an unlisted arm of German Stadwerke Muenchen and Bayerngas.