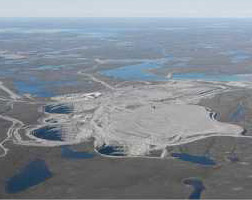 SYDNEY, Australia – Anglo-Australian multinational mining, metals and petroleum company, BHP Billiton, said it was cutting back its operating US shale oil rigs by 40% amid slumping prices, but expected production output to rise for the financial year.

BHP said it would reduce the number of rigs from 26 to 16 by the end of June in response to weaker oil prices. Shale volumes were still forecast to grow by approximately 50% during the period.

Chief executive Andrew Mackenzie said that the firm will reduce the number of rigs it operates in its onshore US business by approximately 40% by the end of this financial year, adding that the the revised drilling programme will benefit from significant improvements in drilling and completions efficiency.

Mackenzie said while the firm’s drilling operations would focus on its Black Hawk field in Texas, “we will keep this activity under review and make further changes if we believe deferring development will create more value than near-term production”.

Oil prices slid anew after the International Monetary Fund (IMF) reduced its forecast for world economic growth and revived concerns about the strength of crude demand. US benchmark West Texas Intermediate for February sank US$2.30, or 4.7%, to US$46.39 a barrel, not far from its lowest level since March 2009.

CMC Markets’ chief market analyst Ric Spooner said in a note. BHP added that its iron ore output had risen by 16% for the three months to December compared to a year earlier, hitting 56.4 million tonnes.

Prices in iron ore, one of BHP’s core commodities, slumped 47% in 2014 amid a global supply glut and softening demand from China. The Anglo-Australian miner also booked a charge of up to US$250 million for the sale of petroleum and gas assets in the United States, and up to US$350 million in after-tax charges for the Nickel West mine in western Australia.

BHP said in November it had called a halt to the planned sale of Nickel West as no bidder had offered the right price. Mackenzie said BHP’s operational performance over the past six months was strong and the firm was cutting costs and lifting productivity faster than it had planned.

He added that the company remained committed to its planned demerger, due to be completed by the end of the financial year, which will see a new independent company called South32 created by spinning-off non-core assets including aluminium, manganese, silver and selected coal and nickel operations.