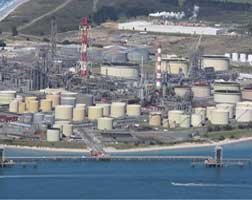 British multinational oil and gas company BP plc is looking to sell as much as 11.1% of its stake in Marsden Point Oil Refinery, a 96,000-barrel-per-day (bpd) refinery in New Zealand operated by Refining NZ, potentially reducing its shares to just over 10%.

The oil company has appointed the brokers Deutsche Craigs to find a buyer for about a half of its holding in Refining New Zealand. BP said the broker had been in contact with certain potential investors, but no sales had taken place yet and the sell-off would depend on market conditions and other factors.

Refining NZ is on a trading halt, but based on its latest closing price on March 16, the BP stake is worth about US$165 million.

The company said a reduced shareholding would not affect its existing contracts with the refinery.

The sell-down would result in Mobil and Z Energy becoming the largest shareholders with 17% and 15%, respectively.

BP has been rationalizing its assets and investments around the world, as it copes with the massive losses and costs associated with the 2010 Gulf of Mexico disaster.