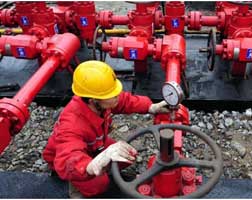 The Central Committee of the Communist Party of China (CPC) and the State Council, or the cabinet, of China have approved a reform plan for the country’s oil and gas sector that will give the market a decisive role in the industry for better efficiency and competitiveness.

“Market should play a decisive role in resource allocation and the government role should be better played in order to safeguard national energy security, boost productivity and meet people’s needs,” according to the reform guideline.

The long-awaited reform of the sprawling state-controlled sector is a priority for Chinese authorities as the world’s second largest economy is slowing amid cyclical and structural changes.The reform is also a key plank of the country’s 13th Five-Year Plan for 2016-2020.

The plan reaffirmed the leadership’s commitment to deepening the reform of state-owned oil and gas companies, encouraging eligible enterprises to diversify their shareholder base and introduce mixed-ownership reform.

The prime goal of mixed-ownership reform is to create a flexible and efficient market-oriented mechanism with the incorporation of private shareholders, to improve the management of state-owned companies.

According to the plan, efforts should be made to advance reshuffling of the oil and gas industry based on work specialization. Engineering companies and oil and gas equipment manufacturers are encouraged to perform as independent enterprises.

State-owned oil and gas companies should “keep fit to stay healthy”, free themselves from running social services, and explore ways to sort out problems left over from history.

The reform calls for the participation of eligible enterprises in the prospect and development of regular oil and gas resources which used to be dominated by state-owned companies.

Dong Xiucheng, with China University of Petroleum, said the reform will give competitive firms easier market access whether it is state-owned or private.

Gas companies are encouraged to split sales and pipeline businesses in a step by step manner in order to promote a market-based pricing mechanism. The pricing mechanism of fuel and diesel should also be more market-oriented, while government should step in when abnormal price fluctuations occur.

Private capital is welcomed to invest in and run oil and gas storage facilities.

Oil heavyweights have begun to take actions. Sinopec Group plans to cooperate with private companies in sales of refined oil, while the CNPC said it will allow private companies to hold no more than 49% of stake in oil exploration businesses.

China aims to increase domestic crude oil output to 200 million tons by 2020, while supply capacity for natural gas should exceed 360 billion cubic meters, according to government plan published in January.