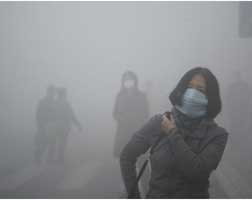 China’s natural gas production is rising at the fastest pace in four years but it is not enough to meet government expectation for the fuel to raise gas usage in order to clean the country’s polluted air.

Gas output in China rose to a record 147.4 billion cubic meters (bcm) last year, up 8.5 % from 2016, data from the National Bureau of Statistics showed. Gas production is forecast to climb by between 6 % to 8 % per year through 2020, according to researchers at China National Petroleum Corp.

But China’s war against smog has spawned voracious demand for the fuel that will keep it reliant on growing imports of liquefied natural gas or piped gas. The consumption surge is a result of a government drive that started last year to switch factories and millions of homes from coal to gas in order to cut harmful emissions.

“The momentum of this round of gas boom that started in late 2016 will extend well through this year,” said Li Yao, chief executive at SIA Energy.

China, the world’s largest energy consumer, was the world’s sixth-largest gas producer in 2016 after rising investments over the past 20 years. However, consumption is surging even faster, climbing 15 % in 2017 to 237 bcm, according to the National Development and Reform Commission.

That means that China in 2018 will need to import as much as 114 bcm of gas through pipelines and LNG combined. China’s gas imports last year surged by 28 %.

The trend of rising imports will continue, with SIA forecasting imports of 132 bcm will be required to meet 317 bcm of demand by 2020.

China should be able to produce more than enough natural gas to meet its own needs.

China holds the world’s largest reserves of shale natural gas, according the U.S. Energy Information Administration. However, much of that gas is considered recoverable only if cost were not a constraint.

Furthermore, the country is among the top ten holders of proven natural gas reserves, gas that could be produced at current prices, at 5.4 trillion cubic meters, according to the most recent BP Statistical Review.

Together, China’s three biggest gas basins, the Ordos in northern China, the Tarim in the Xinjiang region in the west, and Sichuan in the southwest, make up 90 % of the country’s output. But each of them are beset with geological or technological difficulties.

State-owned PetroChina boosted production at the Ordos’ Changqing field to 36.9 bcm last year but only after drilling over 2,000 new wells. Output there peaked at 37 bcm in 2013.

“Changqing has entered a plateau and all we could do is to stabilize output,” said a PetroChina executive at the field.

Problems at the Tarim basin, which is the biggest of the three, stem from the depth of the wells and a lack of water for drilling operations and crews.

Tarim’s deepest field is 8 kilometres below the surface. Considered too dry for permanent habitation, fresh water is trucked to the wells in the region.

In Sichuan, the gas produced from wells in the area, including Sinopec’s Puguang field and the Luojiazhai block where Chevron has invested, contains high amounts of sulphur that must be stripped out before being sold.

The shale resources are also considered costly and are hamstrung by mountainous geology, water scarcity and high land costs.

One promising shale field is at Fuling southwest of the city of Chongqing. Sinopec plans to raise output there to 10 bcm by 2020, up from 6 bcm last year. But the company struggles to break even there.

“Without government subsidy, our shale gas business is on the verge of loss-making,” said Ma Yongsheng, a Sinopec vice president.

These problems will limit shale’s contributions in the short term.

“Shale gas will only become a leading driver for growth in the longer-term,” said Sun Wenyu, an analyst at CNPC.