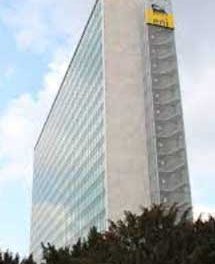 Italian companies Enel Green Power and Eni S.p.A. are to develop green hydrogen facilities and will receive public funding approved by the European Commission under IPCEI Hy2Use. Jointly prepared and notified by 13 EU Member States, this project of common European interests will allocate up to EUR5.2 billion to support research and innovation, the first industrial application, and the construction of related infrastructure in the hydrogen value chain. South Italy Green Hydrogen, the joint venture set up by the two corporations to move forward with the development of the projects, will be the beneficiary of the funding provided.

One of the projects is to be implemented at the biorefinery in Gela, Sicily, where a 20 MW electrolyser will be installed. The other will be near Eni’s refinery in Taranto, in the Apulia region, where a 10 MW electrolyser will be installed. Both will use PEM (polymer electrolyte membrane) technology. The two corporations have found that green hydrogen, produced using only renewable energy, is the most appropriate solution to drive the decarbonisation of these two plants.

“We are proud that these projects have been shortlisted by the European Union as part of the prestigious IPCEI Hy2Use,” said Salvatore Bernabei, CEO of Enel Green Power. “The two initiatives, in collaboration with Eni, represent an important step for the construction of utility-scale electrolysis facilities, allowing us to test and accelerate the development of the entire supply chain for the production of green hydrogen in Europe.”

“In order to tackle the challenges of energy transition as effectively as possible in such diverse and complex economies and industries, it is essential to use all available technologies to decarbonize the many different emissions sources,” said Giuseppe Ricci, COO of Energy Evolution at Eni. “Hydrogen is one of the many paths that Eni is taking, and we are very pleased that these projects with Enel were shortlisted by the European Union as part of IPCEI Hy2Use, which is such an important EU project.”

As for the green hydrogen segment, Enel Group is also working on several other projects in Spain, Chile, and the US.

Plus, Eni – Italy’s largest hydrogen producer and consumer – also opened a hydrogen station in Mestre, in the Veneto region. It is also considering other initiatives in Italy and abroad for decarbonising with its aim to produce 4 million tonnes/year of low-carbon, renewable hydrogen by 2050.