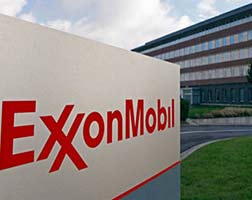 US oil and gas firm ExxonMobil posted a fourth-quarter net income of US$6.6 billion, which it says is down by 21.3 % from a year earlier.

ExxonMobil, in a recent week reported a fall in quarterly earnings on lower oil and gas production and a weak US refining performance.

The Texas-headquartered company said that was has driven the decline included a 3.8% drop in oil and gas production and a US$1 million loss in US downstream earnings due to poor refining margins in the company’s domestic market.

The weak US refining performance was offset by a rise in non-US refining profits and higher global chemical profits. The Exxon earnings came as oil companies such as Chevron and ConocoPhillips cut drilling budgets due to a steep decline in oil prices that has pressured earnings. Oil prices have fallen about 60% since June.

Exxon’s earnings translated into US$1.56 per share, above the US$1.34 projected by Wall Street analysts. Revenues dropped more than 20 per cent compared with last year to US$87.3 billion, demonstrating the impact from lower crude prices on oil pumped from the ground.