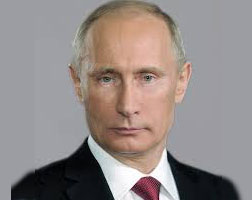 Six European countries cut off from gas supply from Russia

Six European countries cut off from gas supply from Russia

MOSCOW – Russia plans to shift all its natural gas flows crossing Ukraine to a route via Turkey, a surprise move that the European Union’s energy chief said would hurt its reputation as a supplier.

Russia, which supplies about 30 percent of Europe’s gas, dropped a planned link through Bulgaria bypassing Ukraine amid EU opposition last year. Russia’s relations with the EU have reached a post-Cold War low over President Vladimir Putin’s support for separatists in Ukraine.

Sefcovic commented that relying on a Turkish route, without Ukraine, won’t fit with the EU’s gas system.

Gazprom plans to deliver the fuel to Turkey’s border with Greece and “it’s up to the EU to decide what to do” with it further, according to Sefcovic.

He added that the trading system and trading habits, and how they are done today, are different.

Sefcovic said he arrived in the Russian capital to discuss supplies to south-eastern EU countries after Putin scrapped the proposed US$45 billion South Stream pipeline. The region, even if Turkey is included, doesn’t need the volumes Gazprom is planning for a new link, he said.

Ukraine makes sense as a transit country given its location in Europe and the “very clear specified places of deliveries” in Gazprom’s current long-term contracts with EU customers, Sefcovic said.

“I believe we can find a better solution,” Sefcovic said.

The 28-nation EU is planning build an energy union to reduce dependence on Russia and facilitate transition to a low-carbon economy. Russia was planning South Stream for about a decade, first claiming it would meet expanding demand in the EU, then saying would ensure supplies from high transit risks via Ukraine.

Meanwhile, Gazprom has reduced deliveries via Ukraine after price and debt disputes with the neighbouring country that twice in the past decade disrupted supplies to the EU during freezing weather.

After building and acquiring export pipelines, the company cut transit via Ukraine to about 62 billion cu m last year from 137 billion in 2004.

According to Miller, transit risks for European consumers on the territory of Ukraine remain; “There are no other options” except for the planned Turkish Stream link, he said.

“We have informed our European partners, and now it is up to them to put in place the necessary infrastructure starting from the Turkish-Greek border,” Miller said.

Russia won’t hurt its image with a shift to Turkey because it has always been a reliable gas supplier and never violated its obligations, Russian Energy Minister Alexander Novak told reporters in Moscow after meeting Sefcovic.

“The decision has been made,” Novak said. “We are diversifying and eliminating the risks of unreliable countries that caused problems in past years, including for European consumers.”