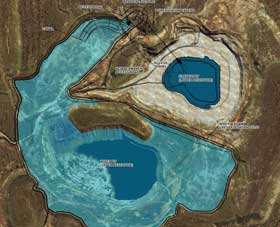 The offer of 23 Australian cents a share was pitched at a 70% premium to Genex’s close last Friday. Its shares shot up 52% to a high of 20.5 cents on Monday after the announcement, indicating investors don’t expect a higher offer.

Genex, however, said its Board has not yet formed a view on the merits of the Indicative Proposal or any potential further engagement with the consortium.

The proposed deal is subject to due diligence.

Genex has appointed Goldman Sachs as an advisor while the private equity consortium is being advised by Jarden and RBC Capital Markets.

The Australian Labor government is currently pushing to speed up the transition to cleaner energy – it expects the national electricity market to be 82% powered by renewables, such as wind and solar, up from 30% now by 2030.

The offer will allow Skip and Stonepeak to help Genex’s current management build the company to play a “substantially larger role in Australia’s energy transition,” according to Skip Capital CEO Kim Jackson.

Genex is building a new pumped hydro energy storage project in Queensland, where it also has an existing 50-megawatt solar farm. It recently raised AUD40 million (USD28 million) for a battery project.