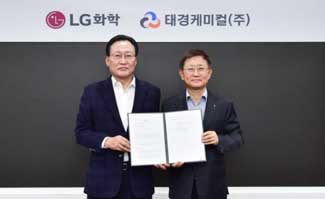 Seoul-headquartered chemical company LG Chem is planning to build a 50,000 tonne per annum (tpa) hydrogen plant in South Korea in an effort to slash carbon emissions and up its use of renewable energy for production.

According to a company statement: “It is a key component of LG Chem’s strategy to increase its use of renewable energy such as hydrogen in the naptha cracking center (NCC) process by up to 70% by 2025, as well as to the company’s plans to actively utilise hydrogen in the production of renewable bio feedstocks, such as hydro-treated vegetable oils.”

The hydrogen plant is expected to be up and running by the second quarter of 2024. The plant will convert methane to hydrogen from a chemical reaction under high-temperature steam.

LG, however, did not provide financial details with regards to the plan.

“The establishment of our hydrogen plant and carbon dioxide circulation system is an effort to create a sustainable future for our petrochemical business by achieving carbon neutrality,” said Noh Kug-lae, Head of Petrochemical Business at LG Chem. “Hydrogen will allow us to convert our petrochemical pyrolysis to a more sustainable low-carbon process.”

The petrochemical industry produces base chemicals such as ethylene, propylene, and butadiene which are made by breaking down naphtha at high temperatures. Methane is commonly used as a heat source for the NCC process which generates a large amount of carbon emissions.