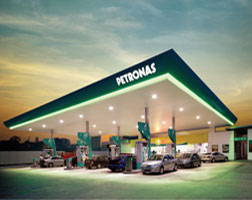 Petronas Dagangan Bhd, which aims to maintain its market leadership position in the liquefied petroleum gas (LPG) market in Malaysia, is upbeat on the sector’s outlook given the country’s growing population.

LPG Business Division General Manager, Ramzulhakim Ramli, said the LPG market in the country was still experiencing positive growth when compared with other countries, which were already saturated.

“We do see growth in the market whereby last year, it was 1.5 %. Usually, growth in the LPG market depends on the population growth,” he told reporters after a briefing on safe handling of cylinder gas, adding that it has 50 % market share in the local LPG market currently.

For the third quarter ended Sept 30, 2017, Petronas Dagangan’s LPG business recorded a 46 % increase in gross profit in line with a five % increase in volume.

During the safety briefing earlier, Petronas Dagangan said, the hose and regulator for each cylinder gas must be changed every two years and five years, respectively, and it emphasised the importance of using hose and regulator that were approved by SIRIM and the Energy Commission.