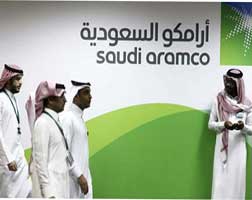 State-run oil giant Saudi Aramco is in talks with several Indian refiners and hopes to land a joint venture deal by next year, the company’s chief executive said on Sunday.

“We are hoping to land on a JV sometime,” Aramco’s CEO Amin Nasser said at India Energy Forum by Cera Week in New Delhi.

Asked if a deal could be finalised next year, he said: “We hope so. We are in serious discussions.”

The world’s biggest oil producer is investing in refineries abroad to help lock in demand for its crude and expand its market share ahead of its initial public offering next year.

Aramco plans to float up to 5 % of its shares in 2018 in what could be the world’s largest IPO, raising as much as US$100 billion.

Saudi Arabia is competing with Iraq to be India’s top oil supplier, with Iraq displacing it for a fifth month in a row in August, data compiled by Reuters showed.

Earlier this year Saudi Arabia pledged billions of dollars of investment in projects in Indonesia and Malaysia to ensure long-term oil supply deals.

Saudi Aramco earlier on Sunday launched a new office in New Delhi as it aims to expands its presence in India.

India’s oil minister Dharmendra Pradhan, who inaugurated Aramco’s India unit, said Aramco is interested in investing in refinery projects in the Asian country and “very soon they will come to India.”

Nasser said Aramco will increase its staff strength in India by four fold compared to now. The company which had 14 employees has now raised staff numbers to around 30.

“India by itself is an important market. The size of India’s market is huge. The growth in India last year is 8 % last year as compared to 1.5 % globally in energy,” Nasser said.