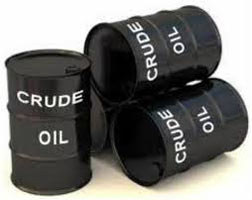 India’s oil imports from Russia have been rising since February, after Moscow invaded Ukraine. According to data from analysts at Refinitiv Eikon, Asia’s third largest economy and the world’s third biggest oil importer has so far received 34 million barrels of discounted Russian oil.

India has turned to discounted Russian oil, mostly Urals crude, to cut its imports bill: the country received more than 24 million barrels of Russian crude this month, up from 7.2 million barrels in April and about 3 million in March. It is set to receive about 28 million barrels in June, said Refinitiv Eikon.

Surging energy imports pushed India’s total goods imports from Russia between Feb. 24 and May 26 to USD$6.4 billion, compared with USD$1.99 billion in the same period in 2021. India’s exports to Russia, however, fell nearly 50% to USD$377.07 million over that period, as its government is yet to set up a formal payment mechanism.

Despite multiple sanctions from the west, India will continue its purchases of Russian energy as the imports make up only a fraction of the country’s overall needs – New Delhi argued back at critics, saying a sudden stop would drive up costs for its consumers.

Russian and Indian energy companies have also been discussing term supply agreements and possible acquisitions of stakes in Russian oil and gas projects.