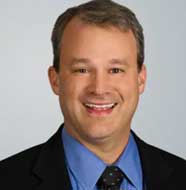 Instituting a ban on US crude exports has currently been put forward for consideration as a “tool” to alleviate rising US gasoline prices—average price in October up 36% from a year ago. This is one of the notable factors contributing to the surge in inflation, the highest increase in US consumer prices in 31 years. However, the unintended consequences of such a policy would likely increase gasoline prices rather than lower them, according to a new analysis by research firm IHS Markit.

“A US crude oil export ban would make the situation worse—for the United States and the world—at a time when global supply chains are already under exceptional strain,” said Jim Burkhard, vice president and head of crude oil markets, IHS Markit. “Such a ban would disrupt global oil supply chains, run counter to decades of U.S. policy promoting the free flow of oil and gas, lead to inefficient and costly re-allocation of domestic crude oil production, disrupt supplies for allies and discourage domestic production—which would all put upward pressure on U.S. gasoline prices. It would also send an unnerving signal to allies and partners about the reliability of the United States.”

Gasoline prices in the US are connected to the global oil and gasoline market—and not the price of domestically produced crude oil, the analysis notes. A ban on exporting domestic US crude oil production may lower the price of domestic crude. However, this could discourage production of both oil and natural gas with the result likely being a tighter world oil market—without lowering gasoline prices.

Instead, the disruption to the oil supply chain—both domestically and internationally—would likely increase gasoline prices, the analysis finds.

“Removing the 3 million barrels per day of crude that the United States exports to Europe, Asia and elsewhere would deliver a shock to the world market. The lost barrels would have to be replaced from somewhere else. And it is not clear if all of that could or would be replaced in a tight market,” said Burkhard. “Such a disruption of international crude oil flows would lead to a scramble to find other oil and generate more upward pressure on crude oil prices—and thus increase the price of US gasoline.”

Implementing an export ban would also force a costly and inefficient re-allocation of crude oil supplies to refineries, the analysis says.

A large share of US refining capacity is configured to process a different type of crude than the kind that the US exports. Refineries in the US are already operating at high utilisation rates. Additional processing of another type of crude—a type that those refineries are not designed for—would only occur with increasing inefficiency, says the analysis.

Geography is also a complicating factor. Oil produced in Texas and the central US that otherwise would be exported is difficult and costly to move to refining centers on the Atlantic or Pacific coasts. There are no crude oil pipelines to either coast and what rail facilities exist have been out of use.

“Without the ability to export US crude, you enter a situation where there is a tighter global oil market or US refineries are inefficiently processing types of crude that they are not configured for, or both,” said Kurt Barrow, vice president, oil markets, midstream and downstream, IHS Markit. “This would lead to supply chain and processing inefficiencies and possibly even higher gasoline prices as a direct result of an export ban.”

The most effective supply-side force that could lower oil prices is more oil production, the analysis finds. The US is currently expected to be the world’s leading source of oil production growth in 2022. The imposition of a crude export ban could place that growth in jeopardy.

“Instituting a crude exports ban would threaten US oil production growth and make the world oil market more heavily dependent on OPEC+ increasing their production to meet demand,” said Burkhard. “This would test the amount of additional production capacity available in the rest of the world.”