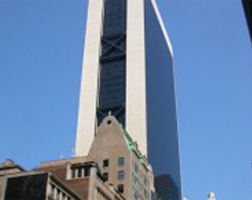 NEW YORK – KKR & Co. is reportedly seeking as much as US$3 billion to provide financing to troubled companies including those hurt by plunging oil prices.

The private equity firm, run by billionaires Henry Kravis and George Roberts, is targeting US$2.5 billion to $3 billion for its second special situations fund after deploying the previous pool more quickly than it expected, said the people, who asked not to be named because the information isn’t public. KKR started marketing the fund to clients about six months after closing the first vehicle in January, the people said.

KKR is seeing opportunities to invest in oil and gas producers that came under pressure after the price of oil plunged about 57 since peaking in June. The firm also expects some Asian companies to become starved for capital as banks address their nonperforming loan portfolios. “It’s going to be a great opportunity” for the special situations group, Kravis said of the drop in oil prices at a recent conference. “There’s a lot of debt out there today that is trading at pretty big discounts from par just because of the question, will some of these companies be able to survive.”

Blackstone Group LP, the largest private equity firm, this month committed as much as $500 million to fund drilling for Linn Energy LLC, a Houston-based oil and gas producer, in exchange for an 85 % interest in the wells. Blackstone, based in New York, said it will make the investment from its credit unit, GSO Capital Partners.

In Asia, where non-performing loans at Chinese banks jumped in the third quarter by the most since 2005, “banks are starting to get choked up,” Kravis said. KKR expects to have a particular focus on the continent with the new fund, the people said.

“We’re finding a lot of different opportunities in Asia and are particularly upbeat about the special situations and the rescue opportunity in that market,” Scott Nuttall, KKR’s head of global capital and asset management, said in October.

The firm’s debut special situations fund, run by New York-based Nat Zilkha and San Francisco-based Jamie Weinstein, collected $2 billion from 2012 to 2014. It was generating a 17 % annualised return after fees as of Sept 30, according to a regulatory filing.