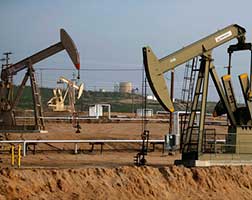 RIYADH – Saudi Arabia has cut its March oil prices to Asia by 90 cents – the largest discount in at least 14 years.

State-owned Saudi Aramco lowered its March official selling price (OSP) for Arab Light crude by 90 cents from February, the company said in a recent report. The price for Saudi oil is now US$2.30 a barrel less than for other major Middle East benchmark blends.

The company cut differentials on each of the four oil grades it sells to Asia, its largest consumer, and raised them by 15 cents to the US and from 70 cents to US$1.15 to European countries, according to the statement.

The discount on Extra Light crude to Asia also reached a 14-year low and Arab Medium was down to within 10 cents of its record discount for Asian buyers.

In November, Saudi Arabia cut selling prices to the US in an attempt to maintain its share of the American market and counter rising domestic shale production. The move along with OPEC’s decision to leave output within the cartel unchanged, triggered nearly a 60 % fall in world oil prices.

However, Saudi Arabia said it would maintain its output unchanged even if oil prices plunged to US$20 per barrel, as the country has enough reserves to withstand any oil crisis.

Saudi Prince Al-Waleed bin Talal al-Saud earlier said the oil price would never return to US$100 per barrel, adding that the steep fall in oil prices was caused by both excessive supply and lack of demand in the market.