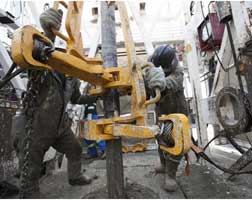 Cardinal Energy Ltd., a Canada-based oil-focused company, will purchase the Canadian oil assets of US oil and gas producer Apache Corp. for US$244 million (C$330 million). An Apache spokesman said the company is selling its oil assets in Canada to focus on high-growth areas like the Permian basin shale play.

The deal includes the House Mountain assets in Alberta and Apache’s share of the Midale and Weyburn oil assets in southeast Saskatchewan, which together produce 5,000 barrels of oil equivalent per day (boepd).

Apache becomes the latest international oil firm to sell Canadian operations in favor of concentrating on US shale plays. This year alone international oil majors including Conoco Phillips and Marathon Oil Corp. have sold off US$22.5 billion of Canadian assets.

Canadian domestic producers like Cardinal, Cenovus Energy Ltd. and others have stepped up to buy the assets from the retreating global firms.

“The sale of these assets is in line with Apache’s efforts to further streamline its portfolio and focus on our high-growth areas of opportunity, particularly in the Permian Basin,” the Apache spokesman said.

In addition to the assets sold to Cardinal, Apache has other operations in western Canada producing around 50,000 boepd, having entered the country in 1995.

Canadian oil industry players say international capital is being deterred by higher costs and tighter environmental regulations than in the US, and limited export pipeline capacity.

The proposed expansion of the Trans Mountain pipeline from Alberta to the British Columbia hit a serious stumbling block this week when British Columbia’s new government vowed to oppose it.

Canadian light oil is cheaper to produce than northern Alberta’s oil sands crude, but is not as fast-growing as the booming Permian shale play.

Junior producer Cardinal Energy will fund the acquisition with a C$170 million share sale and the remainder using debt. It expects to sell royalty interests and fee title lands associated with the Apache assets by the end of the year, which will help pay down debt.