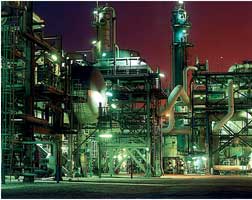 The worsening diplomatic crisis between Qatar and other Arab countries is causing disruption in the former’s petrochemical trades, industry sources said.

On June 5, Saudi Arabia, Bahrain, the United Arab Emirates (UAE) – members of the Gulf Cooperation Council (GCC) to which Qatar belongs – and Egypt decided to cut diplomatic and trade ties with Qatar, which they deem to be supporting terrorism that causes instability in the Arab world, according to a report.

Qatar is the biggest exporter of liquefied natural gas (LNG) in the world, and also ships out much of its crude oil and petroleum products, as well as basic chemicals, polyethylene (PE) and methanol.

Air and sea travel to and from Qatar have been suspended by the four Arab nations, from which Qatari citizens were given two weeks to leave. The move was described as “unjustified and based on false claims and assumptions” by Qatar’s Ministry of Foreign Affairs.

Qatari foreign minister Mohammed bin Abdulrahman Al-Thani said that the country is open to mediation to resolve the crisis.

Closure of ports to Qatari-flagged vessels could weigh on shipments of LNG and petrochemicals, according to industry sources.

Dubai-based port operator DP World announced recently a ban on all Qatar vehicles and cargoes at UAE ports with immediate effect, while shipping agents at Saudi Arabian sea ports have been instructed not to receive or unload cargo from any Qatari vessels.

All marine navigation along Bahrain territorial waters were also closed to ships from Qatar as of June 6.

In 2016, Qatar’s polymer exports stood at about 1.96m tons, accounting for about 9% of GCC’s 21.8m tons of the products, according to data from the Gulf Petrochemicals and Chemicals Association (GPCA).

Asia is GCC’s main export market for polymers, absorbing 60% of the total volumes shipped last year, the data showed.PE market players in Southeast Asia have raised concerns about the timely arrival of supplies from Qatar amid the unexpected turn of events in the diplomatic row within the GCC.

In northeast Asia, linear alkylbenzene (LAB) importers are worried about the long-term impact of the blockade on Qatar shipments. The Middle Eastern country is a producer and exporter of LAB and feedstock normal paraffin.

Qatar’s economic outlook is being weighed down by the recent “political noise”, according to Spain-based FocusEconomics in its latest Consensus Forecast report.

The research firm lowered its 2017 GDP growth forecast for the country to 3.1% from its previous projection of 3.3% in May.

But the 2017 forecast still represents a strong acceleration from last year’s 2.2%, on the back of higher oil and gas prices and sustained infrastructure capital spending, it said.

The Qatari economy grew at its slowest pace in two decades in 2016 as spill-over effects of low oil prices and tighter banking liquidity took a toll on non-oil sector’s performance, according to FocusEconomics.

Qatar’s credit rating was downgraded last month by ratings firm Moody’s amid increasing external debt and uncertainty over the sustainability of the country’s growth model over the next few years. It is projecting Qatar to post an annual average GDP growth of around 2.5% between 2017 and 2021.