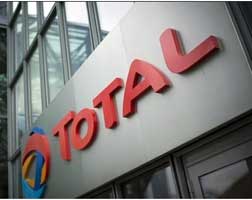 French multinational energy firm Total is going ahead with the signing of a US$4.8 billion deal with Iran for the development of the South Pars offshore gas field, marking the country’s biggest foreign deal since sanctions were eased, according to Iran’s oil ministry.

A ministry spokesman was quoted as saying that the international agreement for the development of phase 11 of the South Pars field will be signed today in the presence of the oil ministry and managers of Total, the Chinese company CNPC and Iranian company Petropars.

Total signed a preliminary deal with Iran in November as the lead partner alongside China National Petroleum Corporation (CNPC) and Iran’s Petropars. The French company will operate the site with a 50.1% stake in the US$4.8 billion (EUR4.2 billion) project. CNPC will own 30% and Petropars 19.9%.

The French firm was initially due to sign the contract in early 2017, but CEO Patrick Pouyanne said in February that it would wait to see whether the US administration of President Donald Trump will re-impose sanctions on Iran.

Trump threatened during his campaign to tear up a landmark accord between Iran and six world powers which came into force in January 2016, which eased sanctions in exchange for curbs to Tehran’s nuclear program. However, Trump has softened his stance since taking office and his administration will be continuing to waive the sanctions every few months as required under the deal.