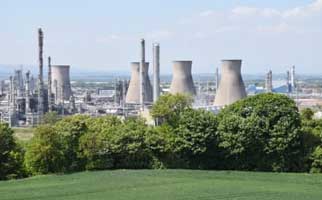 UK’s Ineos says it has taken a huge step forward in delivering its plans for a world-scale low-carbon hydrogen plant at Grangemouth as it awards a key contract for the design of the plant to Atkins, a member of the SNC Lavalin Group, to design a world scale low carbon hydrogen plant at its site in Grangemouth.. The hydrogen plant, expected to be operational by 2030, will further reduce emissions from the site by 1million tonnes/year as the site targets net zero by 2045. In developing a hydrogen hub at Grangemouth we will be supporting other end users of this low-carbon fuel source to reduce their carbon footprints too.

Fundamental to Ineos’ Hydrogen project will be access to the Scottish Cluster carbon capture and storage (CCS) infrastructure. The CO2 from the hydrogen plant will be sent directly offshore to be permanently and safely stored in rock formations deep below the North Sea.

In addition to the Scottish Cluster it says it is actively involved in the Forth Green Freeport bid, which if successful, will further support the early development of its hydrogen production facility and its ambitions to achieve greater than 60% carbon reduction by 2030 on the road to our net zero commitment by 2045.

Colin Pritchard, Sustainability Director at Ineos Grangemouth: “The construction of our hydrogen plant is a vital component to delivering our net zero road map at Grangemouth and an enabler for others to reduce their footprints too. Alongside our support and active involvement in the Scottish Cluster (Carbon Capture and Storage) and the Forth Green Freeport, Ineos is at the forefront of actions and investments to reduce carbon emissions in Central Scotland.”