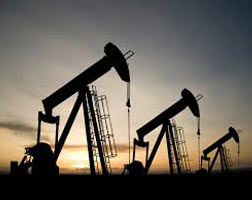 Malaysia is extending the zero duty on crude palm oil (CPO) exports for March based on the newly released CPO gazetted price at RM2,232.88 per tonne yesterday, which is still below the RM2,250 per tonne price threshold that will trigger the export duty.

The exemption on CPO export duty has taken many by surprise especially after the Government announced last week on the possibility of resuming the export duty regime that had been suspended since September last year.

“Many industry players and analysts had anticipated that the CPO export tax would resume in March given the recovery in the locally delivered CPO prices currently hovering at RM2,290-RM2,300 per tonne – higher than the threshold price,” an industry source told StarBiz yesterday.

The calculation for the CPO gazetted price for exports which is provided by the Malaysian Palm Oil Board (MPOB) is based on the CPO freight on board (FOB) prices and not locally delivered CPO prices.

For March, the calculation is based on the CPO FOB prices for the last 15 days of January together with the first 10 days of February.

“The CPO FOB price is collected and monitored by the MPOB and not declared on a daily basis. Sometimes, it created discontentment among some industry players as it has made it difficult for them to plan ahead,” added the source.

Under the domestic CPO export duty structure, the CPO exports will be taxed from 4.5% onwards when the CPO gazetted price is higher than the RM2,250 per tonne threshold price.

Having said that the Government, in a surprise move in September last year, imposed zero duty on CPO exports even when the CPO gazetted price was much higher at RM2,281.72 per tonne than the threshold price.

“At the end of the day, I believe the final decision (to impose or exempt the CPO export tax) lies with the Government.

“But to pre-empt the market by declaring a zero CPO export duty well ahead of the gazetted threshold price is sending the wrong message to the world market,” he added.

Declaring a zero duty CPO export does not necessarily increase the demand for CPO worldwide.

Furthermore, the impact of zero duty CPO exports in Malaysia should not be seen in isolation, “This must be seen together with the Indonesian duty export structure. If zero CPO export duty is declared by both countries, it means that there is no tax differential between the two countries.