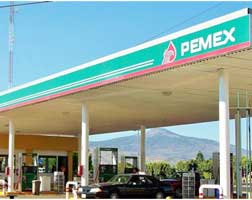 Mexico recently announced double-digit price increases for gasoline and diesel that will be implemented starting January 1, 2017, marking the end of the country’s longtime fuel subsidies. The move will also open Mexico’s key oil industry to foreign competition and private investment as well as deregulate its energy sector.

The maximum price of gasoline will increase by 20.1% and diesel will rise by 16.5%, the Mexico’s Finance Ministry said.

From February 18, 2017, the price ceiling set by the government will be adjusted every 24 hours, the ministry said in new regulations published in the official government gazette.Then, from late March, “supply and demand will determine the price,” said the head of the National Organization of Petroleum Retailers, Jose Carlos Femat Romero.

Market pricing will start with the northern states of Baja California and Sonora, and gradually be rolled out nationwide through the end of 2017, Romero said.

The move is part of a landmark energy reform by President Enrique Pena Nieto, who is trying to breathe new life into Mexico’s gigantic but stagnant oil industry.

Pena Nieto signed the reforms into law in August 2014, ending a 76-year-old state monopoly on oil drilling and reopening the sector to foreign companies.

State oil company Pemex had previously held a monopoly on gasoline and diesel sales and distribution.

Finance Minister Jose Antonio Meade sought to persuade Mexicans that the shift to market pricing was not all bad news.

“In the country’s history, gasoline has practically always gone up,” he said in a radio interview. “We are going to divorce the price of oil from fiscal and political considerations.”

But the price increases are expected to fuel inflation.

That, combined with the US Federal Reserve’s recent decision to raise its key interest rate, prompted Mexico’s central bank to hike its own interest rate two weeks ago for the second time in a month.