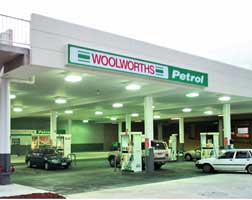 Woolworths Ltd. is selling its fuels business unit with a portfolio of more than 500 gas stations across Australia to British multinational oil and gas company BP Plc for A$1.785 billion (US$1.3 billion, strengthening BP’s position as one of the nation’s biggest fuel providers.

The deal also includes a long-term strategic partnership between the two companies to preserve incentives for customers, according to a statement from Sydney-based supermarket owner Woolworths.

BP will acquire 527 fuel convenience sites and 16 development sites from the transaction. BP already owns 350 retail locations across Australia and supplies fuel to an additional 1,000 outlets owned by independent business partners, according to a statement from the British energy company.

“The development of high-quality, differentiated fuel and convenience offers is a key part of BP’s strategy,” said TufanErginbilgic, head of BP’s downstream business.

The transaction is the latest supermarket partnership for BP, which has previously struck deals with Marks & Spencer Plc in the UK and REWE in Germany.

For Woolworths, the sale is part of Chief Executive Officer Brad Banducci’s strategy to turn around the supermarket giant, which has been suffering profit pressures in recent years. Since being named as CEO in February, Banducci has cut jobs, written off assets and slowed store openings, while sales at its Australian food division have started growing again.

“Following extensive evaluation of the proposals received, we decided that BP’s proposal met our strategic and broader commercial imperatives and in its entirety provided superior long-term shareholder value,” Banducci said.

The sale proceeds will be reinvested in Woolworths’ main business and the deal is not expected to have a material impact on earnings, the company said. Completion of the transaction is not expected before January 2, 2018, and is subject to regulatory approvals.