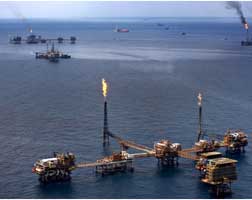 Mexico is looking to increase the number of private and foreign producers operating in the country through the launch of two annual oil auctions beginning in 2018, according to officials.

The post-2018 auctions are a part of an ongoing overhaul of Mexico’s energy sector and will follow three previously announced ones set for later this year, covering two shallow water tenders and a separate onshore tender.

Last month, a senior energy official said a fourth auction will include deep water fields. The deep water auction is set for December and will now also feature so-called unconventional onshore shale fields, according to Aldo Flores, deputy energy minister for hydrocarbons, as the ministry announced its five-year development plan for the sector.

The inclusion of shale fields in the auction, most likely near Mexico’s northern border with the US, will mark a first for Mexico, where development of its own shale basins badly lags booming US fields next door.

Officials did not specify the locations of future fields up for grabs in the new five-year plan or the type of contract it plans to offer.

The twice yearly oil auctions beginning in 2018 will feature one during the first half of the year including shallow water and onshore conventional fields, and another in the second half including deep water and shale fields, said Flores, who also sits on the board of state-owned oil company Pemex.

A four-year-old landmark energy overhaul ended the decades-long exploration and production monopoly enjoyed by Pemex while also allowing private and foreign oil companies to operate fields on their own for the first time.

The National Hydrocarbons Commission, the sector regulator known locally as the CNH, oversaw four inaugural oil auctions last year in which nearly 40 contracts were bid out and won by nearly 50 companies.