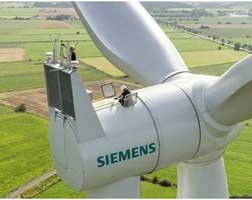 Located in Jeneponto in the Indonesian province of South Sulawesi, the Tolo I Wind Farm will comprise 20 direct drive wind turbines from Siemens. The turbines will transmit power into PLN’s Jeneponto substation through a high-voltage transmission line.

Equis CEO David Russell said: “Indonesia is set for a period of rapid, sustained growth in energy demand, and the Indonesian government has set sensible targets for renewable energy to satisfy a large share of this demand.

“Equis is committed to leveraging our experience and expertise in Indonesia to support these government initiatives and to deliver low cost power and jobs for the benefit of local communities.”

The contracts were given through Equis’ Indonesian platform Redaya Energi and PT Energi Bayu eneponto. Construction on the Tolo I Wind Farm is set to begin later in the year, while the commercial operations at the site are expected to start in 2018.

According to Equis Asia, the wind farm will contribute to Indonesian President Joko Widodo’s 35,000 megawatts (MW) of surplus capacity by 2019 program. Besides, it would also play a part in Indonesia’s renewable energy target of 23%.

Presently, Equis is finalizing the development of several other renewable energy projects in the country with a targeted equity investment of over US$500million through the next two years.

Earlier in the month, Equis, the Singapore based independent renewable energy developer and investor, announced two large scale solar projects in Australia with a combined generation capacity of 200MW.