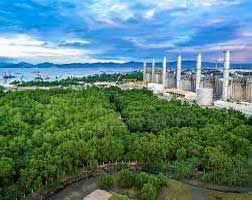 Manila-headquartered First Gen Corporation, is expanding its liquefied natural gas (LNG) distribution across the Philippines, taking it further to the country’s Visayas and Mindanao (VisMin) regions.

According to reports,  First Gen Executive Vice President and Chief  Commercial Officer Jon Russell  commented that the company intends to “take small-scale LNG and bring it to Visayas and Mindanao and allow smaller users, for example, smaller power plants to use LNG instead of diesel”.

The distribution of LNG to Visayas and Mindanao as well as targeted expansion in Luzon can be done via road tankers and small ships, reports said.

The company is also establishing an LNG distribution infrastructure to support the US$1-billion LNG terminal project in Batangas. The project,  due for completion after it broke ground on 28 May, is  a joint venture  with Tokyo Gas Co Ltd, will allow the importation of LNG to ensure a stable supply of the gas in the country. It is expected to start commercial operation by 2023.

According to Russel, the company intends to expand this segment’s market base to industrial end-users across the country.